The winner of the Trofeo BMW Group has been declared. The Bugatti 57 S is the impressive overall winner of the Concorso d’Eleganza Villa d’Este 2022. The convertible built in 1937 owned by Andrew Pisker from Monaco was awarded the honour of “Best of Show” by the Jury of experts.

The most important award at the world’s most traditional and exclusive heritage beauty contest for Historic Cars was therefore conferred on a vehicle from Italian and French co-production. Bugatti and the traditional coachbuilder Vanvooren located in Courbevoie near Paris created an ideal symbiosis as an engineering masterpiece defined by impressive aesthetic clarity. The three-day festival of classic cars on the shores of Lake Como drew to a close today with the gala prize award ceremony. Once again, the festival was a celebration of elegance and timeless beauty on four wheels.

The Bugatti 57 S triumphed in a carefully curated field of participating rare jewels from eight decades of automobile history. The winning car from Class A “The golden Age of Elegance: The Art Deco Era of Motor Car Design” is the first of just four Bugatti Type 57 S automobiles reputed to have been bodied by Vanvooren as convertibles. The elegant convertible body and perfectly balanced proportions accentuate calm, knife-edge lines that reject any form of opulence or flamboyant ornamentation. One of the previous ten owners, a Vice President of General Motors, swapped the Bugatti inline eight-cylinder powerhouse for a Buick V8 for test purposes. The fact that after four decades of separation the long-sought original engine turned up in an Internet search and found its way back to the car is surely almost a modern-day miracle.
The Jury had already provided an eagerly awaited highlight for participants and guests alike when it announced the Class Winners and Mentions of Honour in the course of the afternoon. A total of 51 outstanding classic cars from different eras of automobile history were nominated for the Concorso d’Eleganza Villa d’Este 2022. 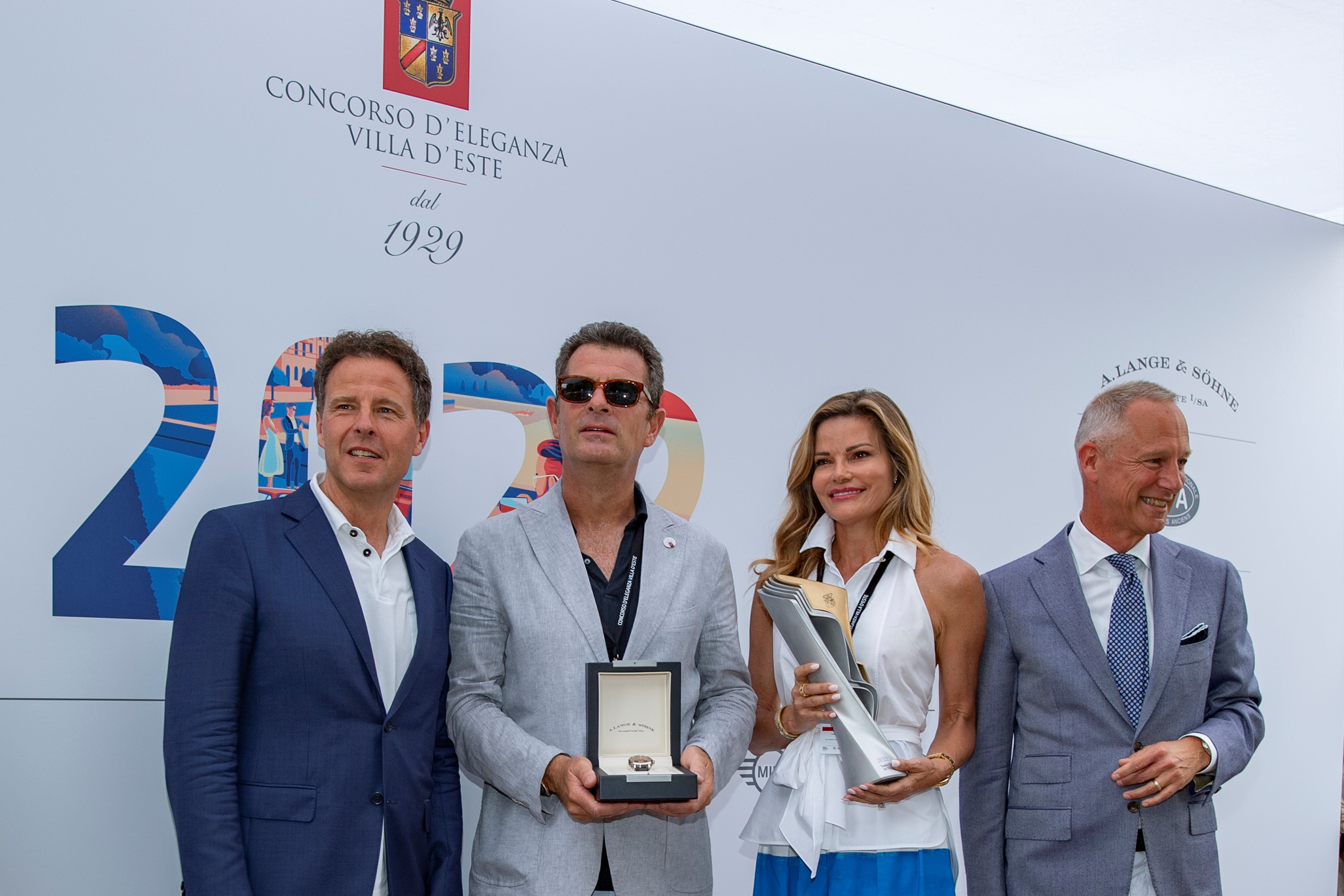 Andrew Pisker, winner of the Trofeo BMW Group, together with Helmut Käs, Head of BMW Group Classic and president of the Concorso d’Eleganza Villa d’Este (left) and Wilhelm Schmid, CEO of A. Lange & Söhne (right). 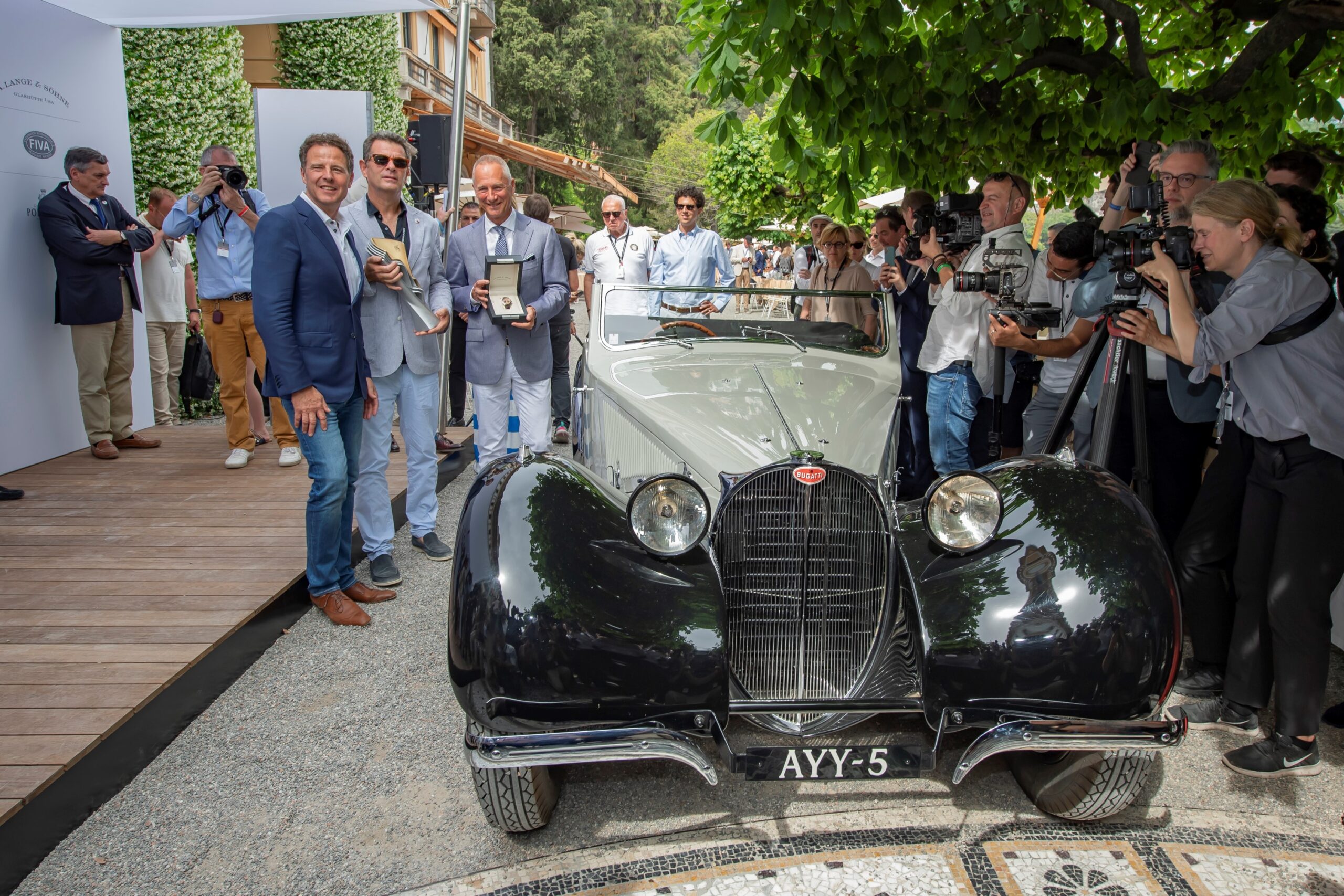