BMW has built many icons over the years.

But a truly special one will always stand out: the BMW M1, the first car built by BMW Motorsport GmbH. Initially, it was designed as a thoroughbred racing car for the German Racing Championship (DRM). The basic contours were provided by designer Paul Bracq in the BMW Turbo study from 1972, and they were perfected by stellar stylist Giorgio Giugiaro. The most iconic identifying features were the pop-up headlights that were highly unusual in a BMW, the flat kidney, the black slats over the rear window and a “height” of just 1.14 metres.

The original plan was for Lamborghini to build the body and floor unit and for BMW to deliver the technology. However, the Italians were unable to deliver in accordance with the agreement. Ultimately, the tubular spaceframe chassis was produced by Marchesi in Modena and the fibreglass-reinforced plastic body was manufactured next door at T.I.R. ItalDesign merged the two components and took care of the interior. Baur in Stuttgart completed final assembly of all the mechanicals. However, the championship regulations changed over the sports car’s long development genesis.

All that investment of resources and expenditure only to find that an appropriate racing series was lacking? Not if Motor-sport Director Jochen Neerpasch had anything to do with it. He joined forces with the ringmasters of the motor-racing circus Bernie Ecclestone and Max Mosley to rapidly establish the Procar Series. This was staged as a warm-up race before most European Formula 1 Grand Prix races during the season 1979/80. The Procar Series quickly became the most spectacular racing series in the world of motor sport. The five fastest F1 drivers from the training rounds in each grand prix drove identical BMW M1 racers competing against privateer drivers, renowned sports-car professionals, and talented junior drivers. Niki Lauda was overall winner of the first Procar season. In the following year, Nelson Piquet was ranked first in the overall standings with three victories in succession. A total of 460 BMW M1 cars were hand-built for race track and road. 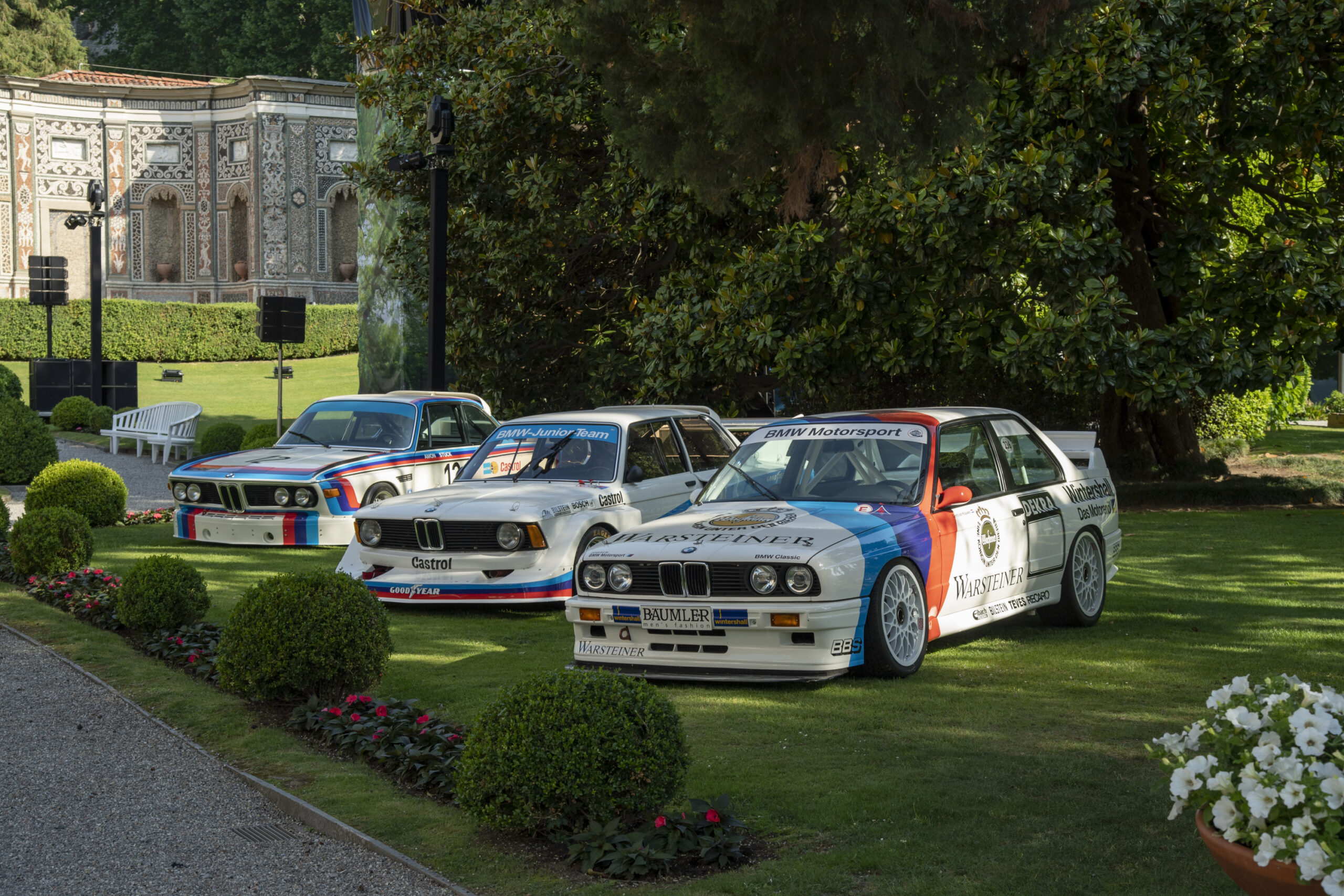 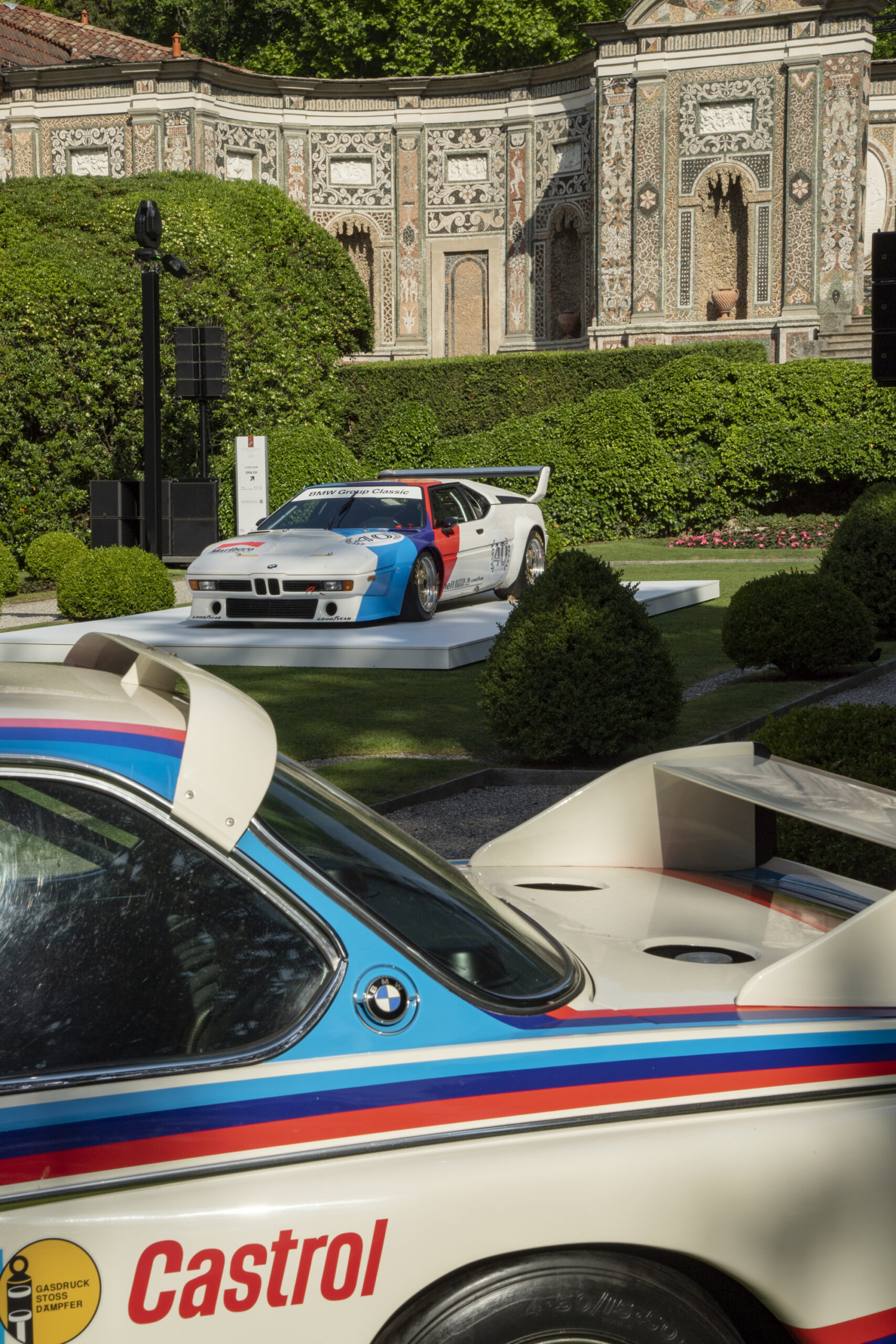 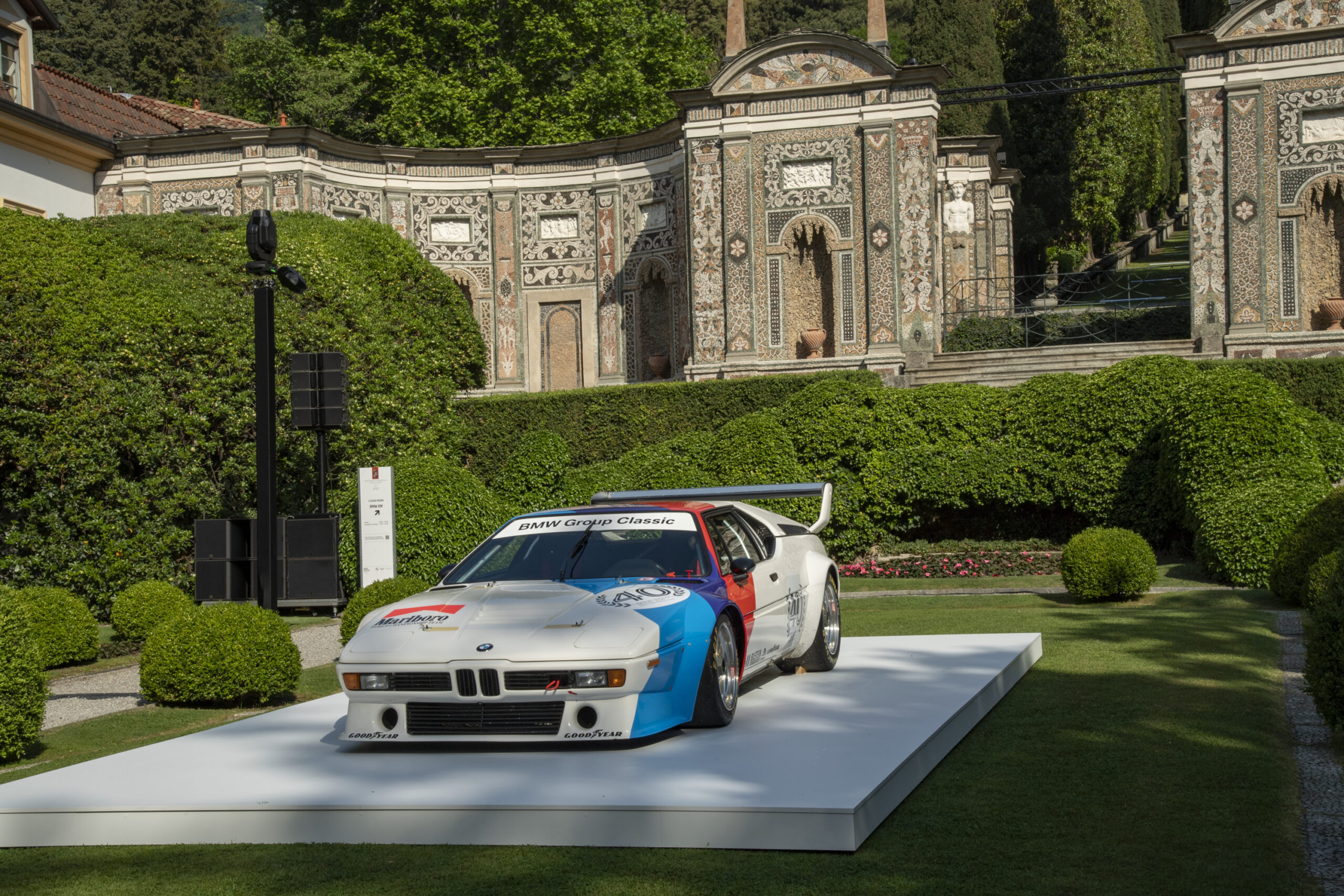 The first street-legal car with the designation M cost precisely 100,000 marks and it was a thoroughbred, full-blooded sports car. A 3.5 litre inline six-cylinder engine was mounted under the bonnet with four valves per cylinder and generated a power output of 277 hp and torque of 330 Nm. It had a cast crankshaft mounted on seven bearings and a total of twelve counterweights, along with forged steel connecting rods. This racing power unit took the first mid-engined BMW to a top speed of 265 km/h – the fastest German road-legal sports car of its era. The sports car from Bavaria weighing just 1290 kilos accomplished the standard sprint from 0 to 100 km/h in 5.6 seconds. The racing versions were even lighter and more powerful. The Procar versions packed power of 470 hp with a naturally aspirated engine and the turbocharged versions for the much acclaimed Le Mans campaigns even delivered an impressive 850 hp.

Today, all M1 sports cars are collectable gems. And they sometimes also compete at classic-car events with their incomparable acoustic signature. 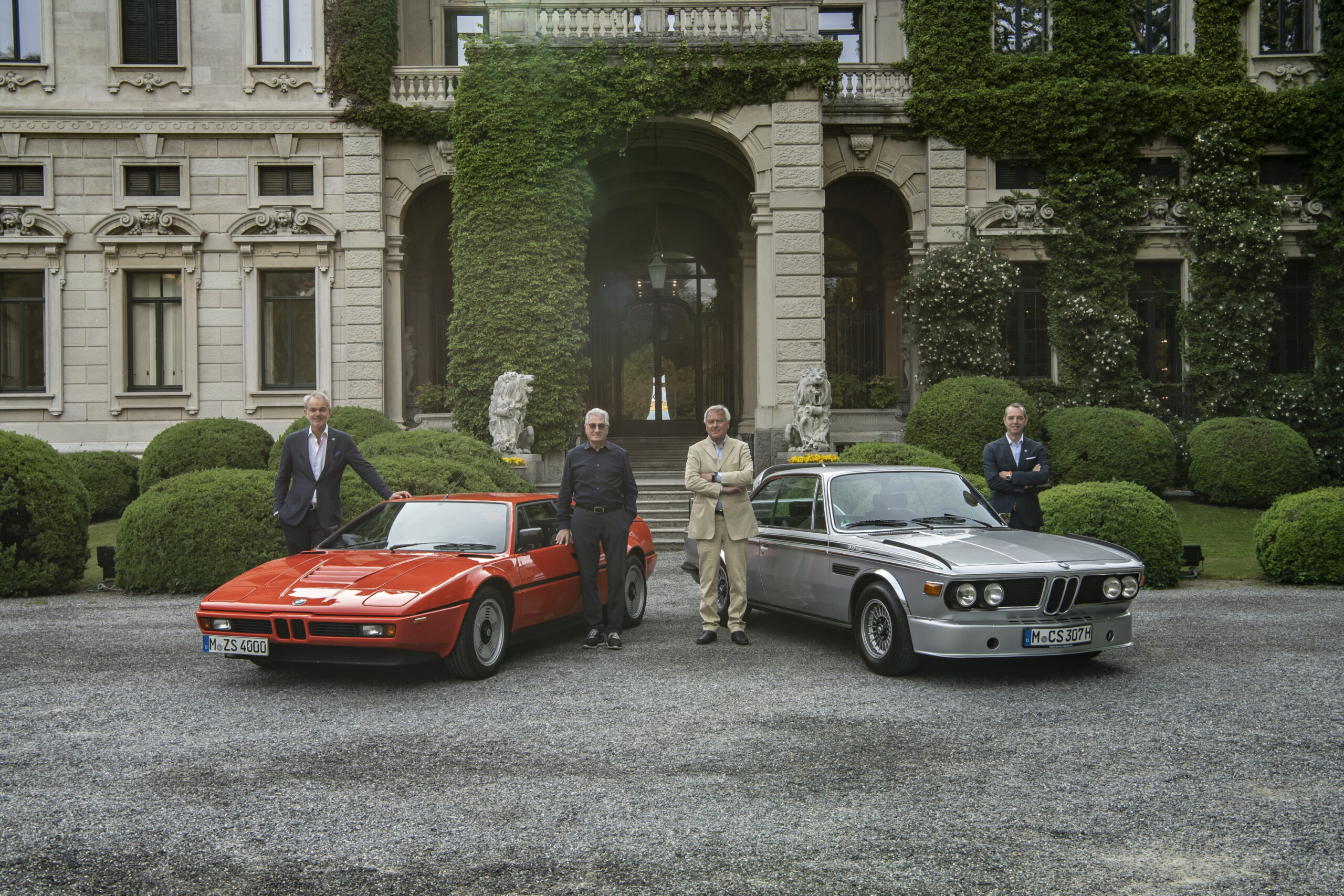 Legends among themselves (from left to right): Adrian van Hooydonk, Giorgio Giugiaro, Jochen Neerpasch, Franciscus van Meel next to the BMW M1 and the BMW 3200 CS.