The first Concorso d’Eleganza Villa d’Este in 1929 already bore impressive testimony to the fascination of sheer automobile beauty. It was a passion that captivated not only purchasers of the vehicles but also a wider public audience. This era represented the heyday of coachbuilding artistry and excellence in the styling of form.

The affinity with aesthetics has been retained to this day. Perhaps the fascination is even more pronounced now than ever before. Around ten years ago, the idea took hold to celebrate a second important genre of powered vehicles, featuring the design and styling of motorcycles. Naturally, these machines had always been revered as coveted items – fantasies of dynamic performance and speed came into being precisely in an era when many two-wheelers were used for basic, routine journeys on a day-to-day basis rather than ridden solely for luxury enjoyment.

The first Concorso di Motociclette defined new benchmarks in 2011. And that still holds true to this day. This contest presents world-class motorcycles at a uniquely high level. The quality of their ambitious design and the details often take even seasoned insiders by surprise. The sustained success of the Concorso di Motociclette demonstrates just how successfully new stimuli can develop into a dedicated and thoroughly worthwhile tradition.

Today, we are delighted to give you an initial exciting insight into the classes in which a carefully curated selection of classic motorcycles and pioneering concept studies will compete for coveted awards next year. Perhaps you yourself might also like to enjoy the surprises in Cernobbio from 22nd to 24th May 2020?

Class A: More Wheels – Early Attempts for a Passenger Ride

In the early days of powered transport, a motorised bicycle (that’s really all the early two-wheelers were) was regarded as an outstanding success if the vehicle managed to reach its destination under its own power. However, particularly daring spannermen were already thinking more ambitiously and pondering how they might accommodate a passenger in the setup. These mechanics tried out a variety of different solutions and they continue to captivate today’s audience with their imagination. 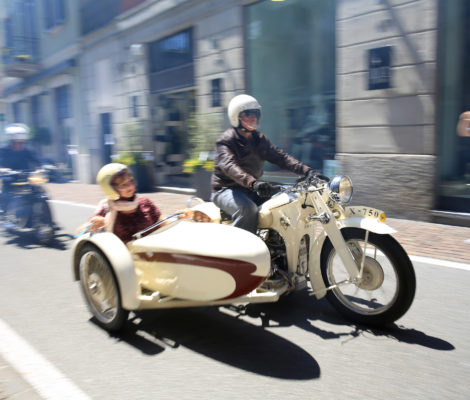 Where might the motorcycle rider be able to offer his pillion passenger a suitable perch? The frames were hardly appropriate for this option. What’s more, it didn’t seem very gentlemanly to suggest that a lady should come on a trip sitting behind the rider astride a saddle on the frame. More comfortable, sophisticated seats were needed for the valued passengers. In actual fact, hobby mechanics tried out all the options that appeared theoretically feasible. Today, these experiments can be classified into four categories. Alongside tricycles, there were designs – usually also tricycles – that towed wicker seats on wheels rather like a trailer. Attempts were even made with two-wheelers but this solution proved to be not very practical on the streets of the day.

Forecars were a much better proposition. Engineers mounted two wheels on an armchair and they then fixed it to the motorcycle in place of the front wheel. The chauffeur sat behind and was always able to keep his eye on his guest. Rather simpler and certainly more elegant was attaching a lateral outrigger with a stabiliser wheel for the passenger seat. The constructor was able to decide whether a comfortable armchair or even a specially designed body could be provided for the passenger. Basic design features were already being engineered. Tricycles and motorcycles with sidecars were to shape future developments.

English magazine “The Motor Cycle” was already asking its readers in 1919 about the ideal power unit. The answer came back: the Boxer with its flat-twin horizontally opposed cylinders in which the pistons move in opposing directions. The positive features of the Boxer rapidly left behind the commonly used single-cylinder and V2 engines. 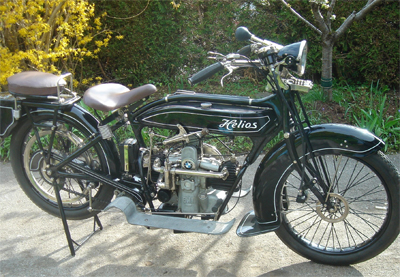 The advantages of the Boxer engine were obvious. The engines had a compact design, they ran smoothly with minimal vibrations and their low centre of gravity provided good road holding. Initially, a number of manufacturers in England and the USA fitted Boxer engines in their models, including big names like Douglas, Raleigh or Harley-Davidson.

Manufacturers in Italy and Germany began to follow suit from 1920 onwards. They included Mars, Helios and Victoria. Bayerische Motoren Werke was an important pioneer of Boxer engines and the company started out by producing this type of engine in Munich for a number of different vehicle manufacturers. However, engines were no longer supplied to other motorcycle manufacturers from 1923 onwards, when the first motorcycles were launched under the BMW brand – naturally enough powered by Boxer engines.

Everything in the United States ends up bigger than in the constricted continent of Europe. The wide open spaces meant that travelling there required vehicles with a great deal of endurance, not least because paved roads between towns and cities tended to be few and far between. In the early 20th century, motorcycles quickly replaced horses as an ideal means of transport. They were deliberately designed to be large and robust to match the arduous task they had to perform. 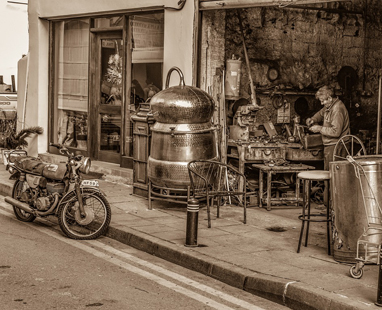 Around 100 years ago, the jobs that horses had once performed could now be carried out much more reliably by motorcycles. However, as far as early automobiles were concerned, lots of tracks were so bumpy and rough that they were virtually impassable for four-wheeled vehicles. Ideal engine designs were quickly developed for two-wheelers, which would remain rarities in Europe for a long time to come – large-capacity V2 engines and four-cylinder power units.

Manufacturers like Indian or Harley-Davidson rapidly made a name for themselves and thanks to well-organised exports, they quickly became well known abroad in far-off lands. The home market operated according to its own laws and this enabled small manufacturers to be successful as well with their own concepts. This included marques like Ace, Crocker, Cyclone, Iver Johnson and Merkel, which marketed models with exotic and unusual engineering. Today, they all provide an impressive illustration of this early era of motorised transport in North America.

Today, we regard the 1950s as a decade of grand utopias. Nothing appeared to be impossible, there were no limits to the future. Designers and artists experimented with way-out ideas in all segments, whether it was in atomic power or space, engines or fashion. Unimagined styles and solutions also brought surprises in the world of motorcycles. 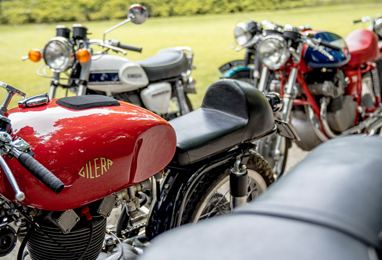 Right from the beginning, motorcycles essentially had a conservative layout: a frame made out of tubular steel, then an engine and finally two wheels. But then the futuristic vision erupted in the 1950s and turned many concepts previously regarded as standard upside down. Jet aircraft defined new benchmarks with their dynamic design, speed was the calling card of heroes. Suddenly automobiles reached for the sky with angled, folded metal skins, they were styled in garish new colours and decorated with masses of artistically contoured chrome.

It’s no surprise that motorcycle manufacturers also followed this trend with new models. Aermacchi Chimera, DKW RT 250 VS, MZ ES 250 and Rumi Gran Turismo all moulded the style sensitivities of the new era, along with the Triumph T110 and Victoria Swing. They represented a movement away from purist, naked engineering and moved towards aesthetic shapes that encompassed skirts for wheels and covers for engines that were all ensconced under an outer skin of metal. This uncoupling of engineering and practicalities was driven to extremes by the trendy motorised scooters that quickly defined the ambience of our inner cities with a new, radically modern style in the 1950s.

Lino Tonti (1920–2002) is today regarded as one of the greats of motorcycle history. No other designer exerted more influence on Italian manufacture of two-wheelers than Lino Tonti born in Cattolica. On his 100th birthday, the Concorso di Motocicletta salutes his pioneering achievements with his own dedicated class. 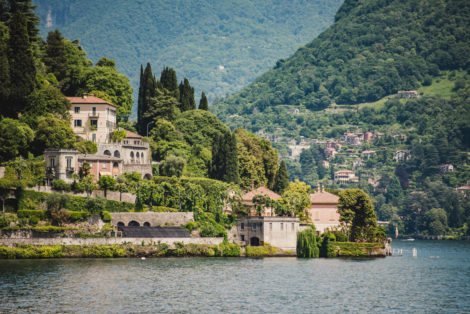 Lino Tonti embarked on his motorcycle career at the age of just 17 when he was given his first job at Benelli. After the Second World War, he developed an innovative motorcycle which went into production at aircraft manufacturer Aermacchi in 1950. Tonti then designed a number of prototypes in his own name, but changed to the racing department of Mondial. When Tonti moved on, he went into the development of series and racing motorcycles at Bianchi, while at the same time continuing independent projects – and he created his own racing model – the Linto.

Having gathered all this experience, Lino Tonti came to Moto Guzzi as Head of Development in 1968, a seminal period for him and the marque itself. The series models bore his unmistakable signature from 1972 and their uniqueness has made him unforgettable to this day. Alongside a number of famous models, this class in honour of Lino Tonti also includes many other series vehicles, prototypes and racing motorcycles designed by him. And some of them come from his very own private collection.

A view of what the future might hold has long been the hallmark of the Concorso di Motocicletta. The class of Concept Bikes gives an insight into the direction that the visions of engineers and designers are currently taking – while also providing an indication of how much the aesthetic aspects of an illustrious heritage can be of assistance when creating a vision of the future. Manufacturers are joined by individual participants presenting their models in the class of Concept Bikes. 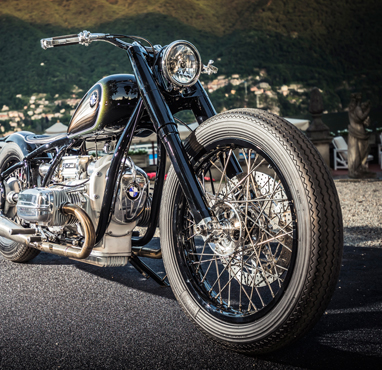