We are currently yearning above all for the days from 1st to 3rd October 2021. That is when we will meet up in Cernobbio for this year’s Concorso d’Eleganza Villa d’Este. No event worldwide offers more tradition, quality and class than this beauty contest of Historic Cars in the grounds of the legendary Grand Hotel on the shores of Lake Como.

The Selecting Committee has chosen some 50 incomparable classics from a large number of applicants. The designs cover a span of eight decades and each one of them represents boundless passion and wonderful skill. Their diversity makes them unique and they initially create an impact as individual entities. A direct comparison is frequently challenging but their allocation to eight classes with trenchantly selected titles offers outstanding support in that endeavour. This focus gives an additional edge to the perspectives on the most exciting thematic topics in this year’s competition. The classes offer the opportunity to harmonise impressive technical and aesthetic concepts, enabling these to be compared directly in their effect.

We would like to introduce you to the great diversity of the automobiles with an advance insight into the different classes. The eight topics open up intriguingly different eras of classic automobile artistry, and they are complemented by the latest Salon Stars – the visionary Concept Cars. These automobiles are showcased comparatively in this way exclusively at the Concorso d’Eleganza Villa d’Este. Read for yourself and find out just how unique this show will be.

Here are the eight classes for 2021

Some 50 Historic Cars selected and confirmed by the Selecting Committee will be presented in eight classes at the Concorso d’Eleganza Villa d’Este 2021. You can read here about the class titles and the ideas behind them. 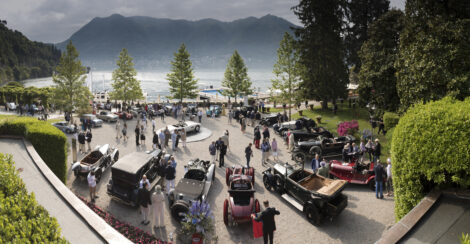 The oldest participants were already built around 100 years ago. They are featured in Class A with the title Twentieth Century Style: From Touring Torpedo to Racy Roadster. Although they have markedly different appearances, one special factor unites them all: their daredevil sporting spirit. When the 1920s dawned, there was a pent-up desire for speed and agility. The development towards roadsters with shorter wheelbases and more cut-back coachwork is clearly visible in this class.

Class B is dedicated to the maxim of Developing the Theme: Space, Pace and Grace. Around 90 years ago, the aesthetic flair of the bodywork began to take on an increasingly important and independent role. In parallel with the rapid development of aircraft construction, the production of automobiles was increasingly viewed through the prism of aerodynamics. Lines became extended, volumes became flatter and a veritable sense of elegance was introduced for the first time.

Showroom Showdown: Britain and Germany Battle for Luxury Supremacy is the title for Class C. During the 1950s, Germany and Great Britain engaged in a peaceful but thoroughly ambitious competition. At the time, automobiles from the two countries were jockeying for leadership in magisterial dealer showrooms located in metropolitan centres. Their individual interpretation of luxury was as markedly varied as the distinctive characters of the countries of origin.

Class D is all about Gran Turismo all’Italiana: Finding the Perfect GT Formula. The core idea is a powerful engine and robust engineering that is equally well suited to fast touring and to lining up at the start of an endurance race. Gentleman Racers preferred to drive cars in the GT class that had an elegant appearance like coupés but fully matched their aspirations to beautiful metal artistry with impressive power.

Class E focuses even more definitively on motor sport: Big Band ’40s to Awesome ’80s: Five Decades of Endurance Racing. Anybody who has to give their all on asphalt over a period of six, twelve or even 24 hours adopts a different approach to a sprinter who has their target straight ahead of them. This is also evident from the seven endurance racers in this class, each of them an intriguing witness to the motor sport of its era.

Class F focuses on a great name: A Passion for Perfection: Celebrating 90 Years of Pininfarina. No other exponent of coachwork artistry has a comparably complex portfolio that can match the diversity, scope and style of these credentials. During the 1950s, Pinin Farina regularly created designs for manufacturers ranging from Alfa Romeo through Fiat to Ferrari. He also designed and produced one-of-one bodies for wealthy customers or on his own initiative – even based on models from Mercedes-Benz.

In Class G, the Concorso d’Eleganza Villa d’Este relates the story of The Birth of the Supercar: Latin Style Landmarks. During the post-war years, Northern Italy was not only a hotspot for ambitious coachbuilding, it was also a centre for designing engines with maximum power output. The finely-tuned, high-performance engines produced at that time electrified the world and significantly shifted the existing boundaries, as demonstrated by the representatives of this class.

By contrast, Class H is surprisingly close to the present day, The Next Generation: Hypercars of the 1990s. Within their era over two decades ago, these hypercars outshone all the other vehicles offered by the automobile world. The seven representatives of this class provided impressive proof of how exciting a sports car can be when compromises are out of the question and the truly impossible is actually made possible.

At first, it seems rather surprising when we say that the latest models represent the greatest tradition of the Concorso d’Eleganza Villa d’Este. Read more here about the successful reinvention of a big idea. 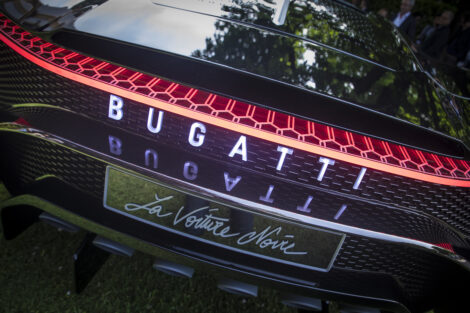 This class was established in 2002 and there are no Historic Cars here. The class presents the most exciting Concept Cars & Prototypes and studies from the present day. They reflect the latest visions in design and technology – and this means that they are precisely in tune with the requirements that were already applied at the first Concorso d’Eleganza Villa d’Este in 1929. Today, this class is regarded as a unique opportunity to see these automobile visions not as part of a static exhibition at an indoor show but presented in the true light of day and – particularly impressively – being driven rather than in a static presentation. Moreover, these spectacular one-off specials will only come together here on this single occasion to facilitate a direct comparison. Manufacturers of these vehicles are well aware that participation in the Concorso d’Eleganza Villa d’Este is in itself a special honour and has the status of a very special award.