We are very much looking forward to a wonderful weekend celebrating the most fascinating Historic Cars at the Concorso d’Eleganza Villa d’Este. Out of the many superlative highlights offered by the event, the award ceremony will certainly remain a very special memory. The focus there will be on the Best of Show car and on the prize earned by the winner of the main award category: a special edition of the 1815 CHRONOGRAPH, a unique timepiece from our partner A. Lange & Söhne.

The fact that a chronograph was chosen as the Trofeo BMW Group “Best of Show” is no coincidence. The historic connection between motor sport and timekeeping is especially expressed in this specific type of watch. Surely that’s reason enough to take a closer look at Lange´s astonishing chronographs and marvel at their diversity, design and sophisticated technology.

The special features presented in the Concorso Edition 2022 of the 1815 CHRONOGRAPH in white gold are the solid pink gold dial and the hand-engraved hinged cuvette. 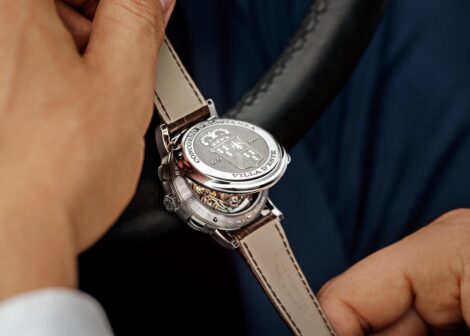 THE CHRONOGRAPH AS THE EPITOME OF A SPORTS WATCH

Right at the very beginnings of motor sport around the end of the 19th century, watches with a chronograph function were used to measure time intervals. This is one of the reasons why chronographs are still often regarded as the epitome of a sporty wristwatch.

Chronographs have a long-standing tradition at A. Lange & Söhne. Born more than 200 years ago, Ferdinand Adolph Lange crafted his first chronograph in 1868. It had a single pusher that allowed the chronograph hand to be started, stopped and reset to zero. After the successful presentation of the first four wristwatches in October 1994 following the brand´s rebirth, a proprietary chronograph calibre was the top priority of A. Lange & Söhne’s product developers. The DATOGRAPH was finally introduced in 1999 and since then chronographs rank among the flagship products of the manufactory based in Saxony.

Depending on the chronograph model, different time intervals and intermediate times can be measured. The following three models demonstrate that A. Lange & Söhne is continuously raising the bar for functionality and aesthetics. Innovations such as the precisely jumping minute counter, flyback function and rattrapante function – enabling measurement for up to twelve hours – give Lange chronographs a special position in the world of precision watchmaking.

While a classic chronograph can only measure one time interval, the rattrapante chronograph, such as the 1815 RATTRAPANTE PERPETUAL CALENDAR, can measure two intervals simultaneously. Thanks to their stop-hand pairs, they also allow comparative measurements, intermediate time measurements and even best time determinations. 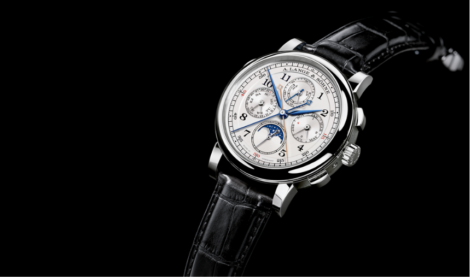 In 2004, A. Lange & Söhne presented the DOUBLE SPLIT, which for the first time had a second pair of chronograph hands for the minutes. To this day, there is probably still no other mechanical timepiece that has a similar double-split mechanism. Due to this construction, it was the first mechanical timepiece to permit extension of the measuring range for split-time and comparative time measurements up to a maximum duration of 30 minutes. 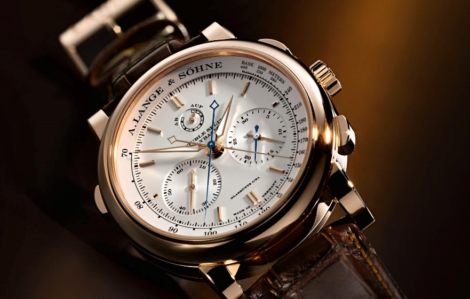 The TRIPLE SPLIT, introduced in 2018, probably has the most complicated and fascinating chronograph movement in the world. It allows stop-time, split-time and comparative time measurements up to 12 hours, and this makes it particularly suitable for outings in a classic car. The master watchmakers at A. Lange & Söhne have set their own new record with this extraordinary timepiece. While the DOUBLE SPLIT was already unrivalled, the TRIPLE SPLIT went one step further. 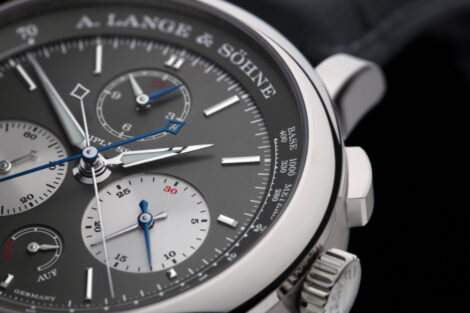 We invite you to learn more about the chronograph models of A. Lange & Söhne. 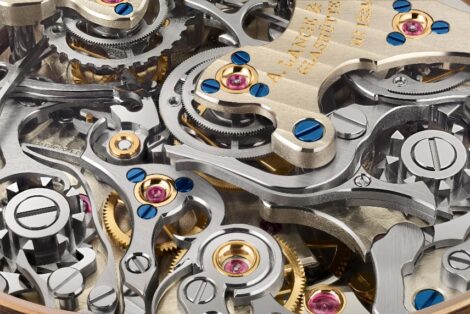 FASCINATING INSIGHTS INTO THE WORLD OF A. LANGE & SÖHNE

If you would like to learn more about A. Lange & Söhne, the unique history of the manufactory and its craftsmanship, or if you want to be among the first to hear about new timepieces and events, you are very welcome to subscribe to the Lange newsletter. 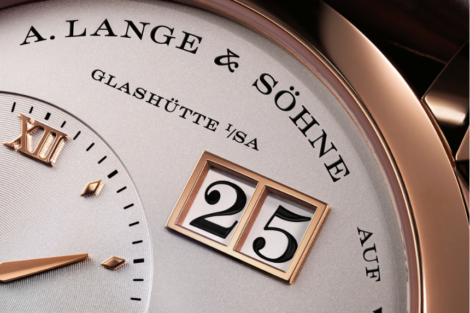