The grand winner of the Concorso d’Eleganza Villa d’Este 2022 has been declared. The Trofeo BMW Group for the Best of Show goes to the Bugatti 57 S from 1937, brought to Lake Como by Andrew Pisker from Monaco.

The winner impressed the Jurors with its ideal symbiosis between the engineering excellence of a Bugatti 57S and a convertible body imbued with exciting elegance. The coachwork specialist Vanvooren located in Courbevoie near Paris created this elegant body whose perfectly balanced proportions subtly accentuate calm, knife-edge lines. Vanvooren refrained from any form of opulence or flamboyant ornamentation in favour of svelte, aesthetic clarity. 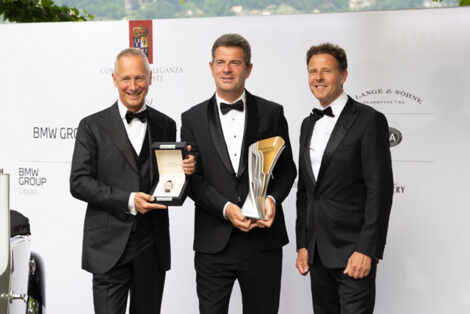 A well-honed tradition of the Concorso d’Eleganza Villa d’Este is the conferment of the third great prize on the Sunday afternoon. In the class of Concept Cars & Prototypes, the public selected the Bugatti Bolide (2020) as the winner. This torpedo epitomises uncompromising sportiness through the pronounced aesthetic design of its contours. The visual appearance with an impressive acoustic accompaniment attracted a long round of applause as the projectile paraded past the guests. 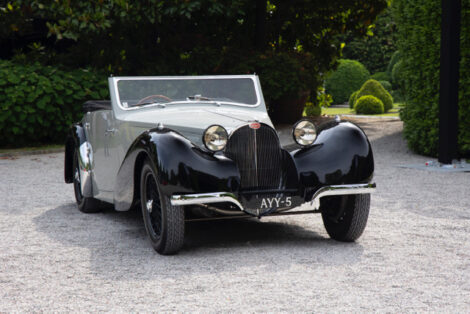 Achim Anscheidt, Design Director at Bugatti, was behind the Concept Car, devoting all his attention to every last detail.

Against the backdrop of marvellous summer weather throughout the Sunday, the level of excitement continued to rise inexorably. The Jury had completed its final tours of appraisal and meticulously reviewed all the Historic Cars. 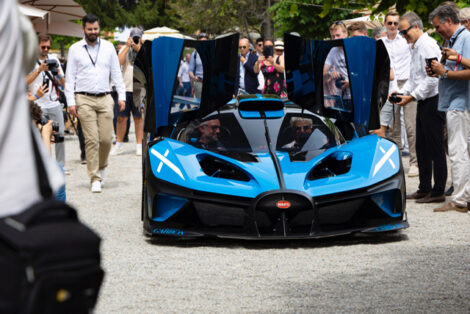 The owners had to respond to probing questions before the great parade could begin at 14.00 on the second day. Alongside the two main prizes, the Jury also had the duty of announcing the winners and Mentions of Honour for each of the seven classes. You will find all the details below.

The Concorso d’Eleganza Villa d’Este was held for the first time in 1929 and notwithstanding its venerable tradition, this year also ushered in an innovation. Under the slogan Wheels & Weißwürscht, a wealth of fans, clubs and communities from all marques came together for an enjoyable and very special gathering in the parkland of Villa Erba nearby. BMW also celebrated the 50th anniversary of BMW M in these grounds with a dedicated exhibition and a host of guests. This format is already well established in Munich and naturally Weißwürste, or veal sausages – a delicacy from Munich unknown in Italy – were accompanied by a great selection of Italian culinary delights. Entry was free of charge for all participants and visitors.

Late on Sunday evening, the Concorso d’Eleganza Villa d’Este 2022 draws to a close with a magnificent gala dinner for the participants. This is a farewell but at the same time, some initial dates are scheduled for the coming year. We are already looking forward to this: The next Concorso d’Eleganza Villa d’Este will take place from 19th to 21st May 2023. Naturally, we will be delighted to keep you informed with the latest news – that’s a promise!